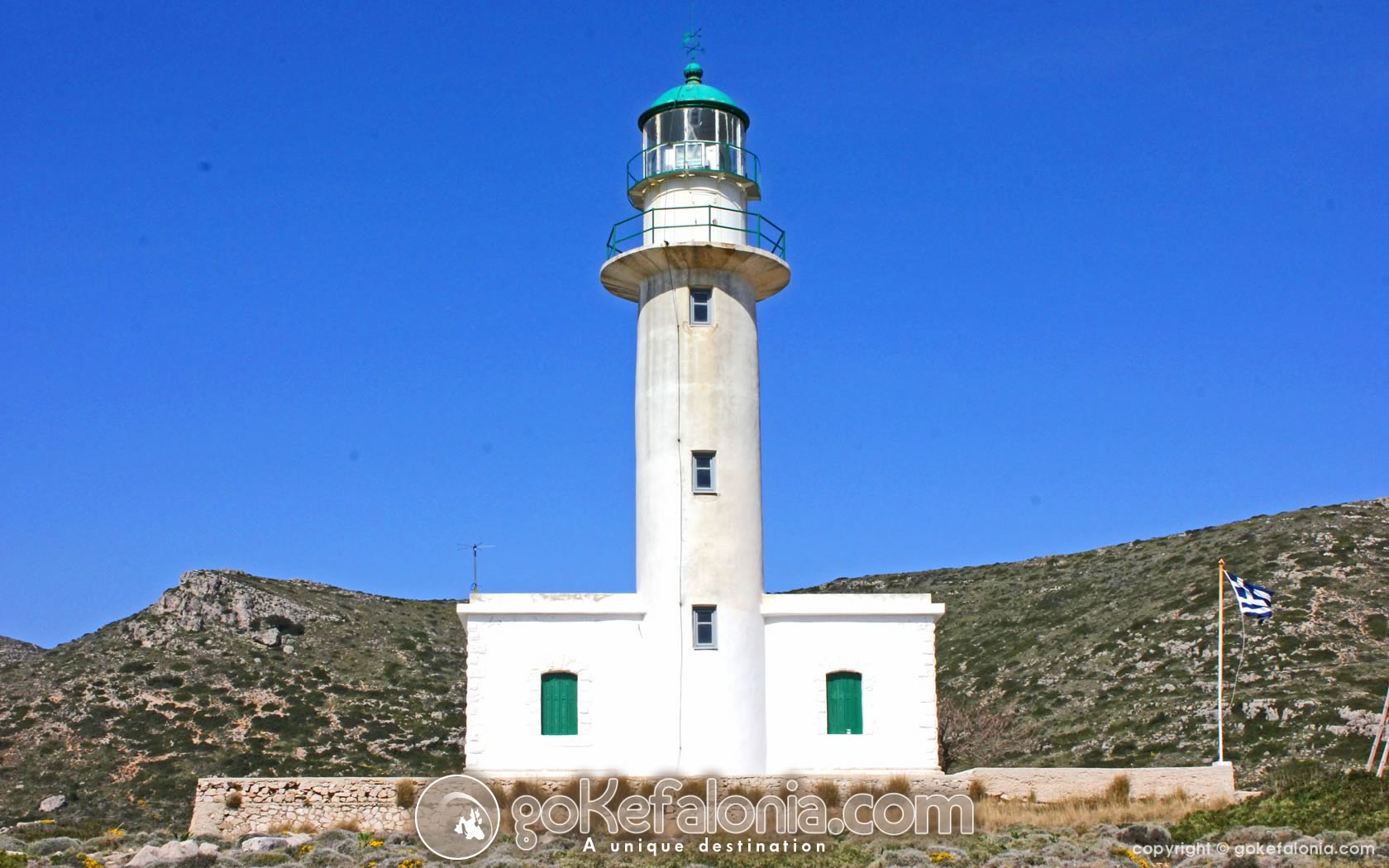 One of the most famous attractions of the Peninsula of Paliki is the Lighthouse of Gerogombos. It is a 13m high tower, standing on the edge of the homonymous bay. It was constructed by the British in 1807 and destroyed by German troops during their withdrawal from the island. It was rebuilt soon after, in 1947.

The range of the lighthouse is 20miles.

The lighthouse is located very close to Lixouri, following a wonderful route which crosses some of the most picturesque parts of the region. Lepeda beach, Michalitsi, Soularoi and Xi are some places that the visitor should not forget to visit while going towards the lighthouse. Also, Mantzavinata with the renowned Kounopetra should be a mandatory stop while going there. Additionally, on the way back, visitors should not fail to remember visiting Havriata (the balcony of the Ionian) and Kipouria.

The view from there is magnificent. Not only does the endless Ionian sea and the view from the Peninsula lies before you, but also some of the most beautiful and historic places of the island can be found there. In that Cape, there once was a Temple dedicated to God Poseidon, whose mosaic floors can be found in the archaeological museum in Argostoli. There, it is mentioned by historical sources, that ships with a destination to the great Ports of the Mediterranean such as Sicily, Italy and Malta stopped at the lighthouse.